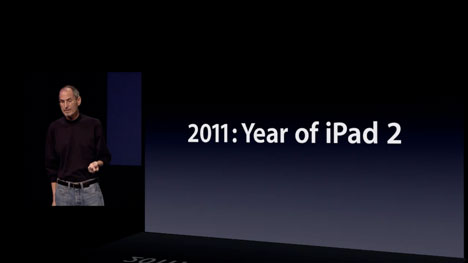 Great to see Steve Jobs on stage again. The presentation is about three blocks of information:

But I only can recommend to watch Steve Jobs, Scott Forstall, Randy Ubillos and Xander Soren on the Quicktime streaming video yourself. Sorry PC-folks: The streaming video requires Safari 4 or 5 on Mac OS X Snow Leopard or Safari on iOS 3 or later.